Gauteng confronts mounting concern that spatial trends may be compounding the effects of apartheid, the possibility that its population may double by 2055, and the very real prospect of future economic and environmental risks and shocks. There is an urgent need to understand whether its spatial form, fabric and function are resilient enough to cope with change. A start is to understand the rapid spatial changes that are already occurring, for example in terms of population growth and changing land use.

This project was linked in with Professor Philip Harrison’s NRF chair research to map and model spatial change in Gauteng cities. A series of three edited volumes on the city-region around Johannesburg were proposed as a partnership between the NRF Chair in Development Planning and Modelling, the Wits School of Architecture and Planning and the GCRO, namely:

The preparation of the first book started in 2011 with the editors being Philip Harrison, Alison Todes, Graeme Gotz and Chris Wray. The editors solicited contributions from over 30 scholars who are writing on aspects of spatial change in Johannesburg. The book entitled "Changing space, Changing City. Johannesburg after Apartheid" was printed by Wits University Press in 2014 (see below for details). 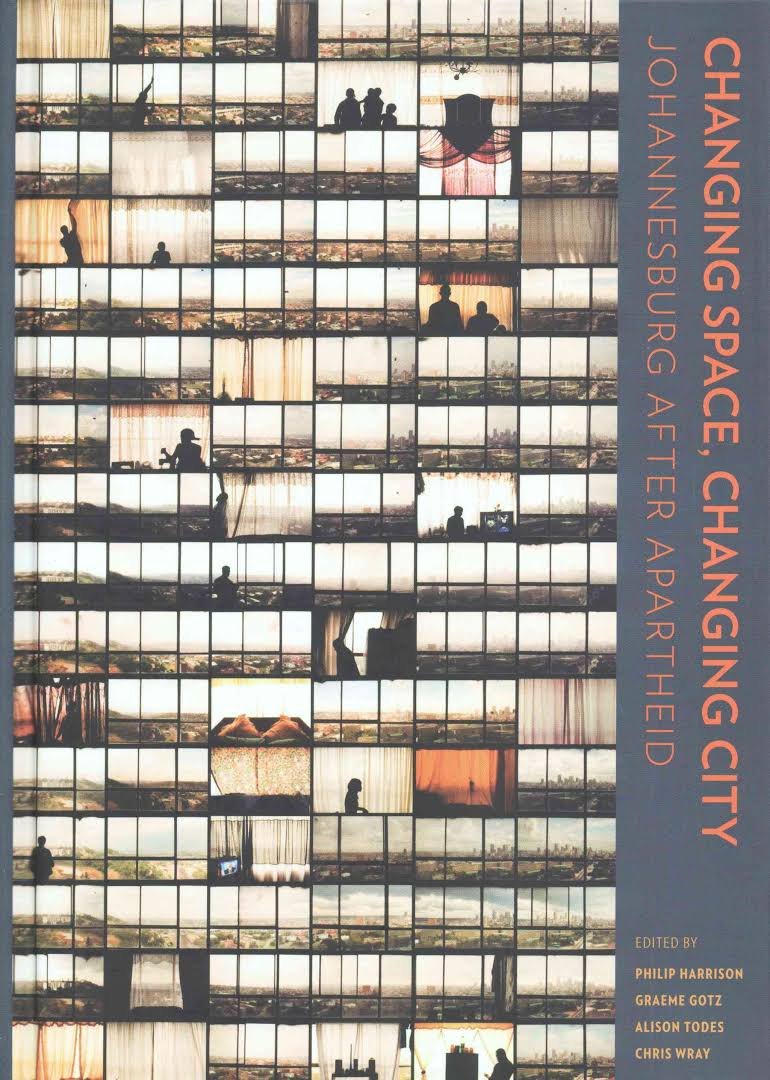 Discussions have since started around the two further proposed volumes, on 'Pretoria and its hinterland' and the 'industrial and mining arc'.

Mabin, A. (2013) ‘The map of Gauteng: evolution of a city-region in concept and plan’, GCRO Occasional Paper 5.