He has many years of experience in local and provincial government, focusing on policy, research, planning, monitoring and evaluation. He also worked for the then Gauteng Department of Local Government and Housing, the City of Cape Town and SALGA. He is a graduate of the Universities of Cape Town, Stellenbosch and Birmingham (UK). 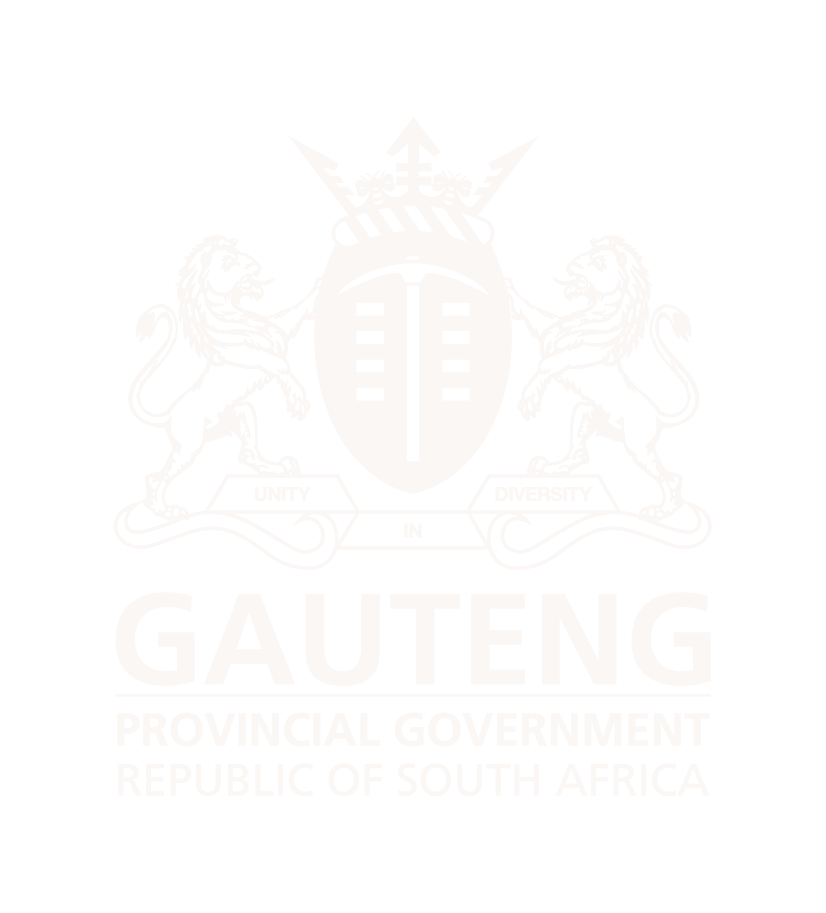 University of the Witwatersrand

Lynn Morris is the Deputy Vice-Chancellor of Research and Innovation at the University of the Witwatersrand in Johannesburg, South Africa. She has a DPhil from the University of Oxford and is Research Professor and Director of the Antibody Immunity Research Unit based at the National Institute for Communicable Diseases (NICD), a division of the National Health Laboratory Service (NHLS). Over the last 28 years she has made significant contributions to understanding the antibody response to HIV and is responsible for performing validated antibody assays for HIV clinical trials. Lynn is an NRF A-rated scientist, has published over 270 papers holding an H-Index of 63 and has featured in the Web of Science list of highly cited researchers. She is a member of Academy of Science of South Africa (ASSAf) and a Fellow of the African Academy of Sciences (AAS), the Royal Society of South Africa (FRSSA) and The World Academy of Sciences (TWAS).

University of the Witwatersrand

Dr Mfaniseni Fana Sihlongonyane is a professor of Development Planning and Urban Studies in the School of Architecture and Planning at Wits University. He studied Geography and Theology at the University of Swaziland in which he got a 2:1 in 1992. In 1993, he trained as a teacher to obtain a Post-graduate Certificate in Education (PGCE) with distinction. From 1994 to 1995, he did a Masters in Development Planning at Wits University and from 2004 to 2008 he obtained a doctorate (DPhil) at Oxford University. He has been the undergraduate coordinator in the School between 2008 and 2011. He was director of the Planning Programme from 2011 to 2014. He also served as a member as well as the Alternate chair of the South African Council of Planners in 2008-2012 and 2013 to 2017 respectively. He was chairperson of the Scientific Committee for the 52nd Congress of ISOCARP which was held in Durban in 2016. He has been a hall coordinator at Esselen Residence between 1997-2003 and warden for EOH Residence from 2007 to 2020. 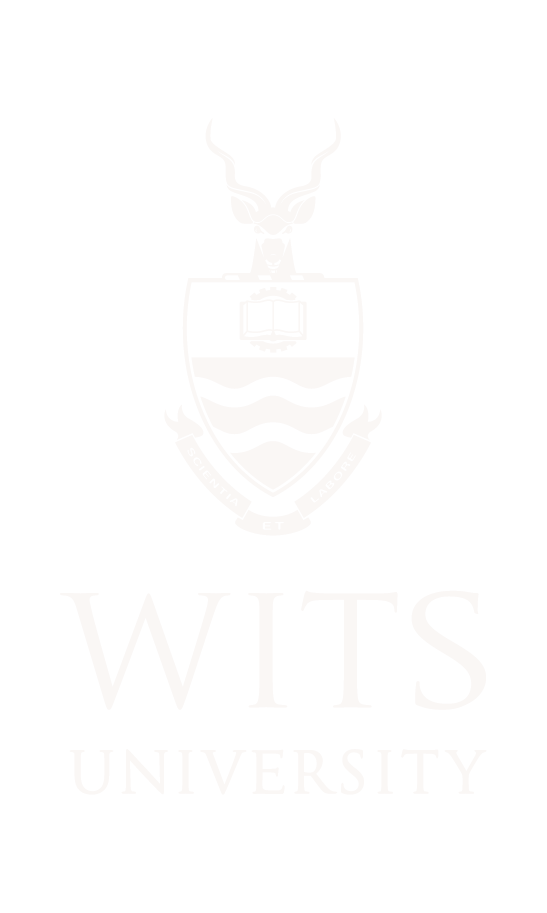 Saurabh Sinha, SMIEEE, FSAIEE, FSAAE. Prof Sinha obtained his B. Eng, M. Eng and Ph.D. degrees in Electronic Engineering from the University of Pretoria (UP). He achieved both his B. Eng and M. Eng with distinction. As a published researcher, he has authored or co-authored approximately 110 publications in peer-reviewed journals, books and at international conferences. In addition, he is the managing editor of the South African Institute of Electrical Engineers (SAIEE) Africa Research Journal. Prof Sinha served UP for over a decade; his last service being as Director of the Carl and Emily Fuchs Institute for Microelectronics, Department of Electrical, Electronic and Computer Engineering. Together with his research group, he conducted teaching at undergraduate and postgraduate levels, researched and performed extensive management tasks. To allow for continuation of postgraduate leadership, he was appointed as extraordinary professor at UP. On 1 October 2013, Prof Sinha was appointed as Executive Dean of the Faculty of Engineering and the Built Environment (FEBE) at the University of Johannesburg (UJ). On 1 Dec. 2017, Prof Sinha was appointed as Deputy Vice-Chancellor: Research and Internationalisation.

During his term as Executive Dean, he has significantly contributed to the UJ Global Excellence and Stature Strategic Goal and this contribution is reflected, both quantifiably and qualitatively, in research and innovation, teaching and learning, international profile for global excellence and stature (GES), national and global reputation management, and fitness for GES. During his 4-year term as dean, stellar achievements include, the successful attraction of globally renowned academics, tripling the research/external funding to the faculty, increasing the research publication outputs by 2.3 to over 360 units, significantly growing graduate outputs, to over 2000 graduates in 2016, quadrupling the number of NRF rated researchers, approximately doubling the intake of international students to over 900 students (1 in 10 FEBE students), despite disciplinary scarcity – the FEBE transformation reflects 1 in 2 new academic recruits are from designated communities, and many others. Along with these leadership or management achievements, Prof Sinha’s research group submitted 25 publication units (recognised journal articles, book chapters, books and conference proceedings) to the DHET for 2016 and a similar figure for 2017. Prof Sinha is rated, until end of 2024, as an established researcher – the rating was granted by the National Research Foundation (NRF), South Africa.

Beyond his academic contributions, Prof Sinha remains an active member of several professional societies. Significant elected positions include 2014-2015 IEEE Vice-President: Educational Activities and IEEE Board of Directors. IEEE is a global engineering society, over 130 years in age, and constituting 420,000 members in over 190 countries. To our knowledge, this was the first occasion where such an appointment occurred from the African continent and the election of Prof Sinha was therefore significant for this reason as well.

As of 1 Oct. 2018, Prof Sinha was appointed by the South African cabinet to serve as a member of the South African NRF Board and was subsequently appointed to chair the research and development committee (RDC) of the NRF Board. He’s also a member of the Human Resources (HR) & Remuneration committee of the NRF Board. He is a member of the Metropolitan Trading Company (MTC) Board (a City of Johannesburg owned entity), chairs the social, ethics and HR committee of the MTC Board. For UJ, he chairs the Board of the Resolution Circle (RC) – a UJ owned company geared towards technical professional education. He has served the RC Board for over 5 years. Prof Sinha also Chairs, in 2019, the Gauteng City-Region Observatory (GCRO) Board.

He is also the recipient of the 2007 SAIEE Engineer of the Year Award, 2010 UP Laureate Award and 2013 TW Kambule NRF-NSTF Award for his outstanding contribution to science, engineering, technology and innovation (SETI) through research and its outputs. In 2017, Prof Sinha was a finalist in the 2016/2017 NSTF-South32 Awards – TW Kambule Award (Management Category). Prof Sinha, a registered professional engineer, also served as an industrial consultant for Business Enterprises at the University of Pretoria (Pty) Ltd; in this role – he served a number of industrial sectors, both public and private.

Prof Sinha currently serves on committees of international, national, regional and professional societies. In the recent past, he has served on the Electrical Engineering Professional Advisory Committee, Engineering Council of South Africa (ECSA). ECSA is a signatory of the Washington Accord, International Engineering Alliance (IEA).

In the past she has worked for among others the National Labour and Economic Development Institute, the Congress of South African Trade Unions, universities in South Africa and abroad, and as a consultant to various research institutes and international organisations.

Cllr Nonkoliso Tundzi-Hawu matriculated in 1991 at Ntabankulu Senior Secondary School in the Eastern Cape. She studied Public Management with UNISA (not completed). She obtained a certificate on councillor development and leadership certificate at the University of Pretoria, certificate on municipal governance at Wits University and attended different seminars and training programmes.

Cllr Tundzi-Hawu's professional mission statement is to serve the community with integrity. She believes that Local Government (LG) needs dedicated and skilled personnel and people with passion to serve the community. Resource allocation needs to be improved (Dora, equitable share, MIG etc) and LG must be helped to improve revenue collection (most people fall in the indigent list). She believes that the grading formula needs to be reconsidered, especially where there are districts and locals, provision of more support for LED programmes, continuous capacity building for both officials and councillors and mining sector billing on rates and taxes needs to be scrutinised and improved.

Prior to joining SALGA, she worked extensively on German Development Corporation, and her focus was on facilitating technical and strategic planning sessions for municipalities in Mpumalanga and the Eastern Cape; development and support for the establishment of Community of Practice Blue Print for participating municipalities.

She has also occupied various senior roles in the following organisations: Harith General Partners; UN Women; Toti Capital and Vaux Media. Furthermore, she also worked as Interim Chief Executive Officer Soweto Community Television (Stv) where she was responsible for the development of the Channel Strategy and facilitated the Board & Executive Management Strategy Lekgotla.

In addition, she also held the role Chief Executive Officer at Gauteng Enterprise Propeller (GEP); and her focus was on Corporate Finance, Human Resources and Administration; Management Services including: Policy Development of the military veterans support, Strategic Planning, Performance Management System and Support Services; as well as Human Development Services.

Furthermore, she also facilitated community participation & networks development & management of Civic Programs & Projects; and was also instrumental in the establishment of the Migrants Policy and Programme for the City of Johannesburg; as well as the Development of Youth, Women & PWD Business Incubation Empowerment Programme.