Considering the results at a Gauteng level, a bar graph of responses across the whole sample depicts that unemployment (22%), crime (20%) and lack of basic services (11%) were the biggest challenges facing communities. Interestingly, a similar question asked in the 2011 QoL II survey saw the top two problems reversed, with crime at 35% and unemployment at 17%.

A mapping of the most commonly identified problems in Gauteng suggests that responses follow a spatialised pattern. This is even clearer in a more detailed mapping of the percentage of respondents in each ward who say that unemployment, crime and a lack of basic service was their biggest problem (maps a – c below). Here we see the results broadly follow the distribution of wealth across the province, where respondents in the wealthier core identified crime as the biggest challenge, while respondents located on the poorer periphery and township areas identified unemployment and lack of basic services as their biggest challenges. 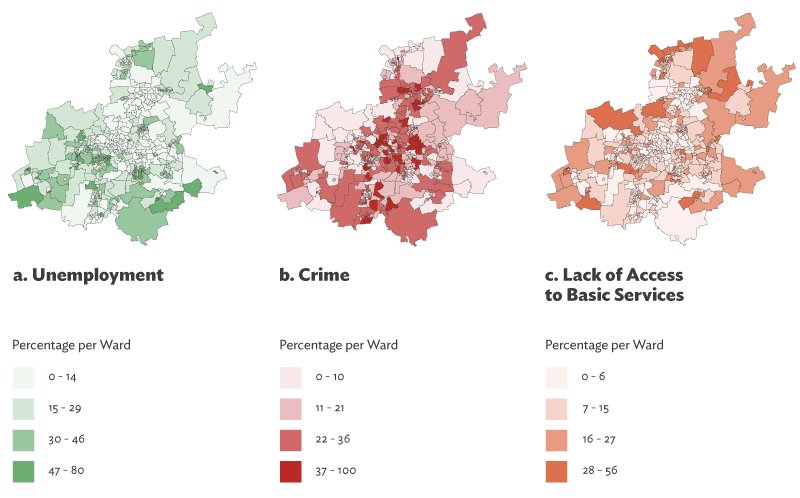