In 1922, the report of the Stallard Commission notoriously stated that:

‘the native should only be allowed to enter the urban areas, which are essentially the white man's creation, when he is willing to enter and to minister to the needs of the white man, and should depart therefrom when he ceases so to minister.’

This sentiment underpinned the system of influx-control, designed to allow just the ‘right’ amount of labour into cities, which became one the central elements of apartheid. Africans in cities had to be able to present their pass book on demand, showing their permission to be in cities, and would be deported if they could not. As the 20th century progressed the policy became increasingly difficult to police, and was scrapped in 1986 in favour of a policy of ‘orderly urbanisation’.

Since the collapse of influx control, urbanisation that would have taken place over a longer period has been telescoped into a few decades. Gauteng experienced net migration from other provinces of 904 619 people from 2006 to 2011 and 981 290 people from 2011 to 2016 (figure 1). Stats SA projects that between 2016 and 2021, 1 050 231 people will be added to Gauteng's population as a result of internal migration. 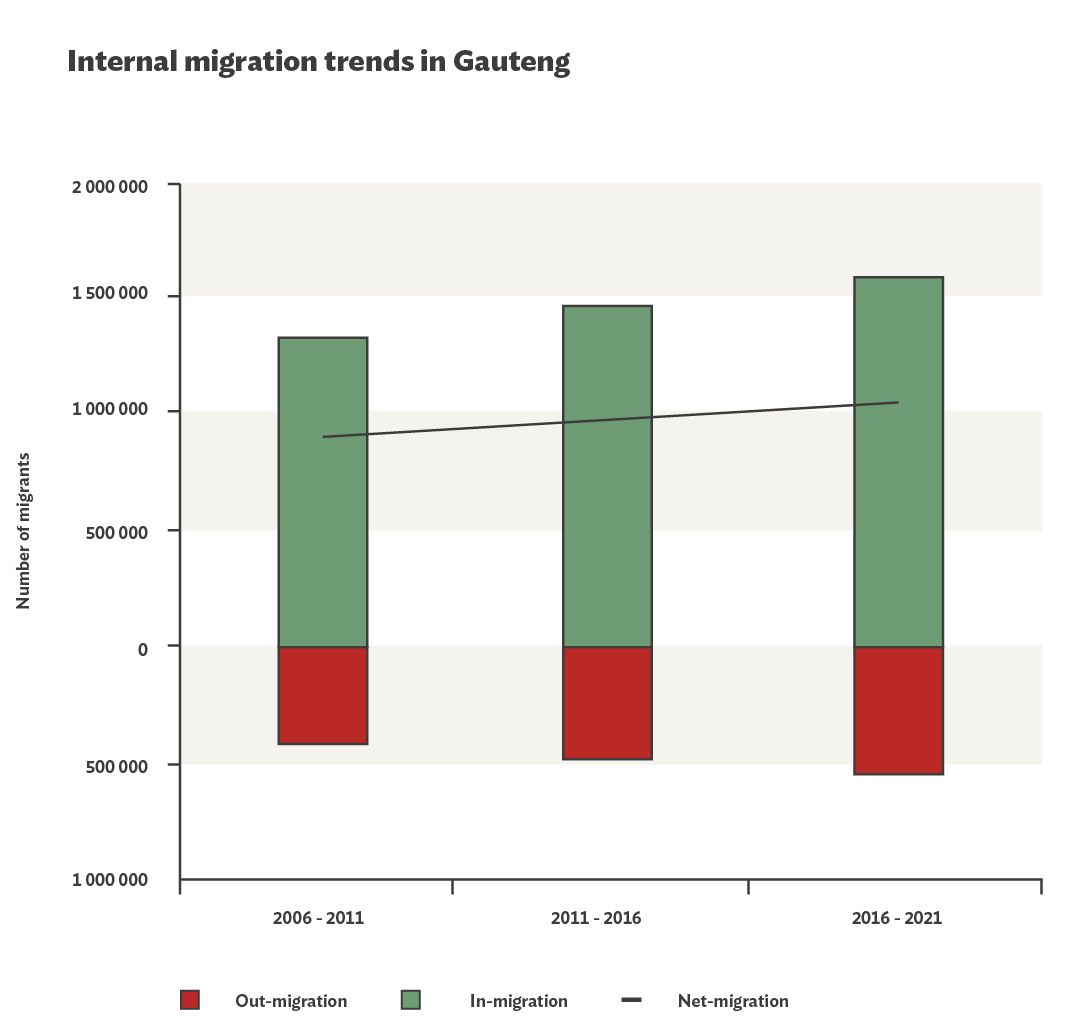 Gauteng's established population has not always received this process of normalisation in positive terms, and there remains considerable sympathy for regulating urbanisation. Respondents in the GCRO's Quality of Life IV (2015/16) survey were asked - provocatively - whether they agreed or disagreed with the statement ‘there are too many people coming to Gauteng, we should bring back influx-control’. Remarkably, 43% agreed that influx-control should be reinstated. 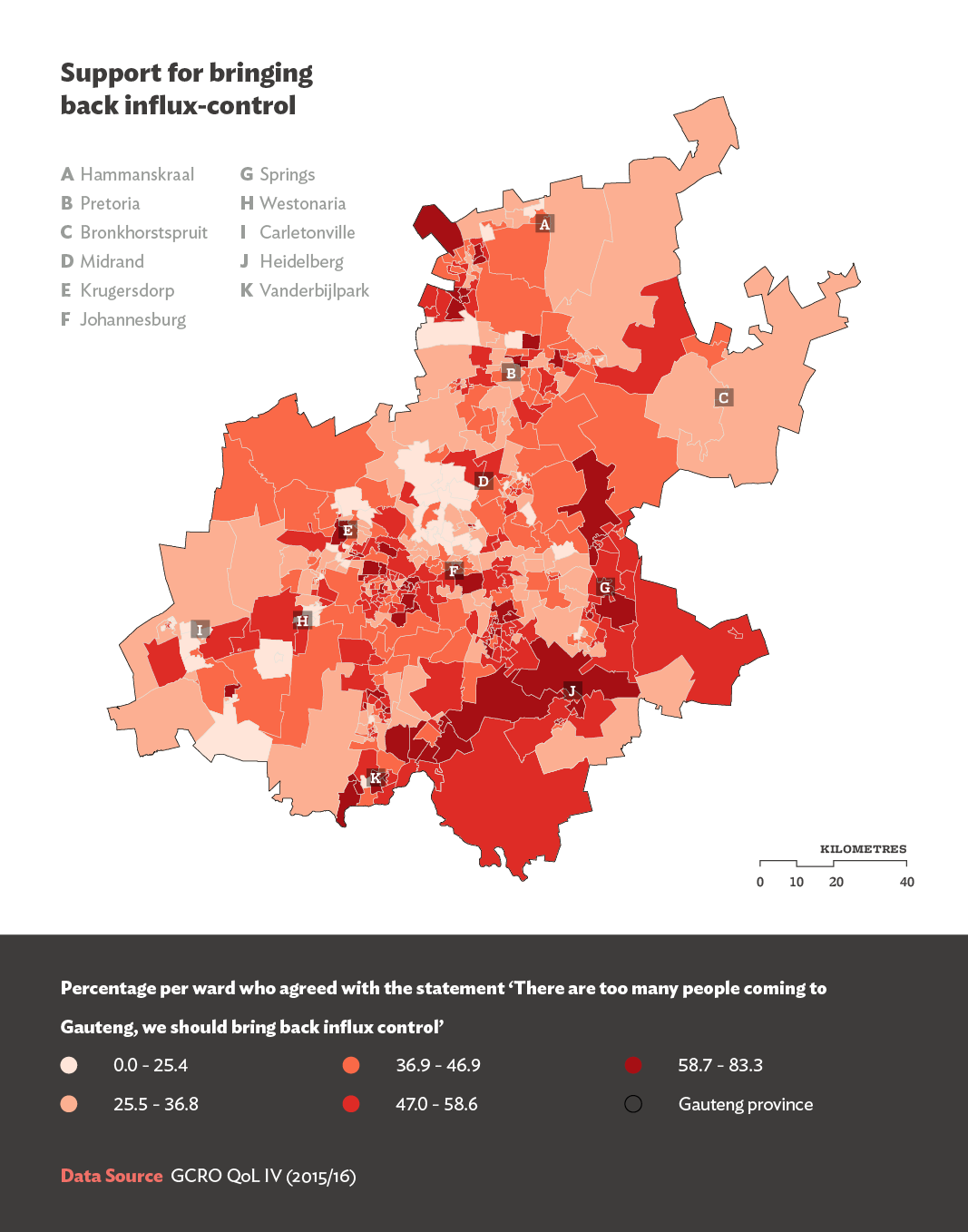 Support for bringing back influx-control was more prevalent in some wards than in others (figure 2). In wards with dark shading, between 59% and 83% of the respondents agreed that influx-control should be reinstated. These wards were scattered throughout the province but some distinct clusters appeared in and around Pretoria, south-west of Johannesburg, and a stretch between Vanderbijlpark and Springs in the south-eastern parts Gauteng. By contrast, in wards with light shading, a quarter or less of the respondents were supportive of the idea of influx-control. These included some of Johannesburg’s affluent northern suburbs. (Compare with intolerance of foreigners as mapped in the March 2017 Map of the Month). 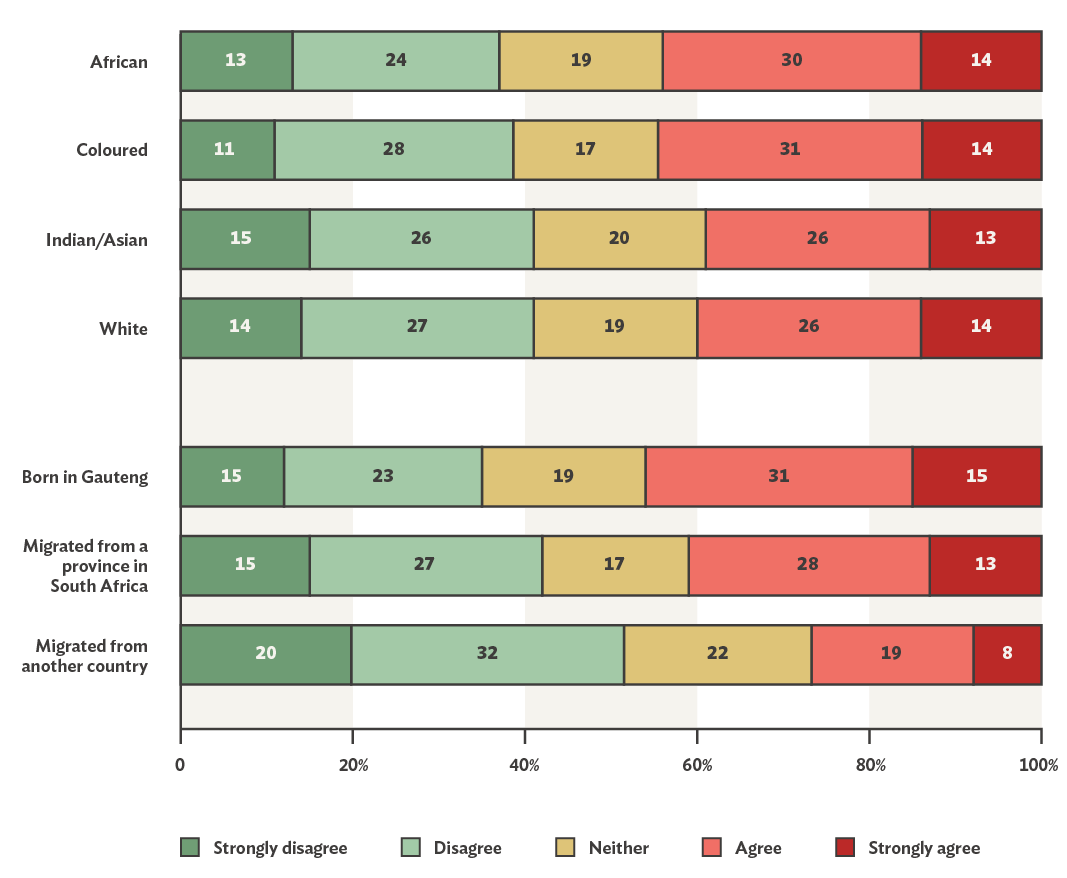 Figure 3: Variation of support for bringing back influx-control by population group and by migration status

One might expect that areas where most respondents supported influx-control would also be the areas where a lot of migrants settle - in other words that heavy in-migration in certain areas would drive negative sentiments towards incoming migrants. However, as figure 4 shows, the spatial distribution of wards with a high proportion of migrants (both from elsewhere in South Africa and from beyond its borders) is almost a mirror image of the distribution of wards with high proportions of respondents supporting influx-control. Wards with higher proportions of migrants were mostly on the western edge of Gauteng (between Carletonville and Krugersdorp) and in a few other clusters throughout the province. Areas like Soweto, and the stretch between Vanderbijlpark and Springs, were home to much lower proportions of migrants. 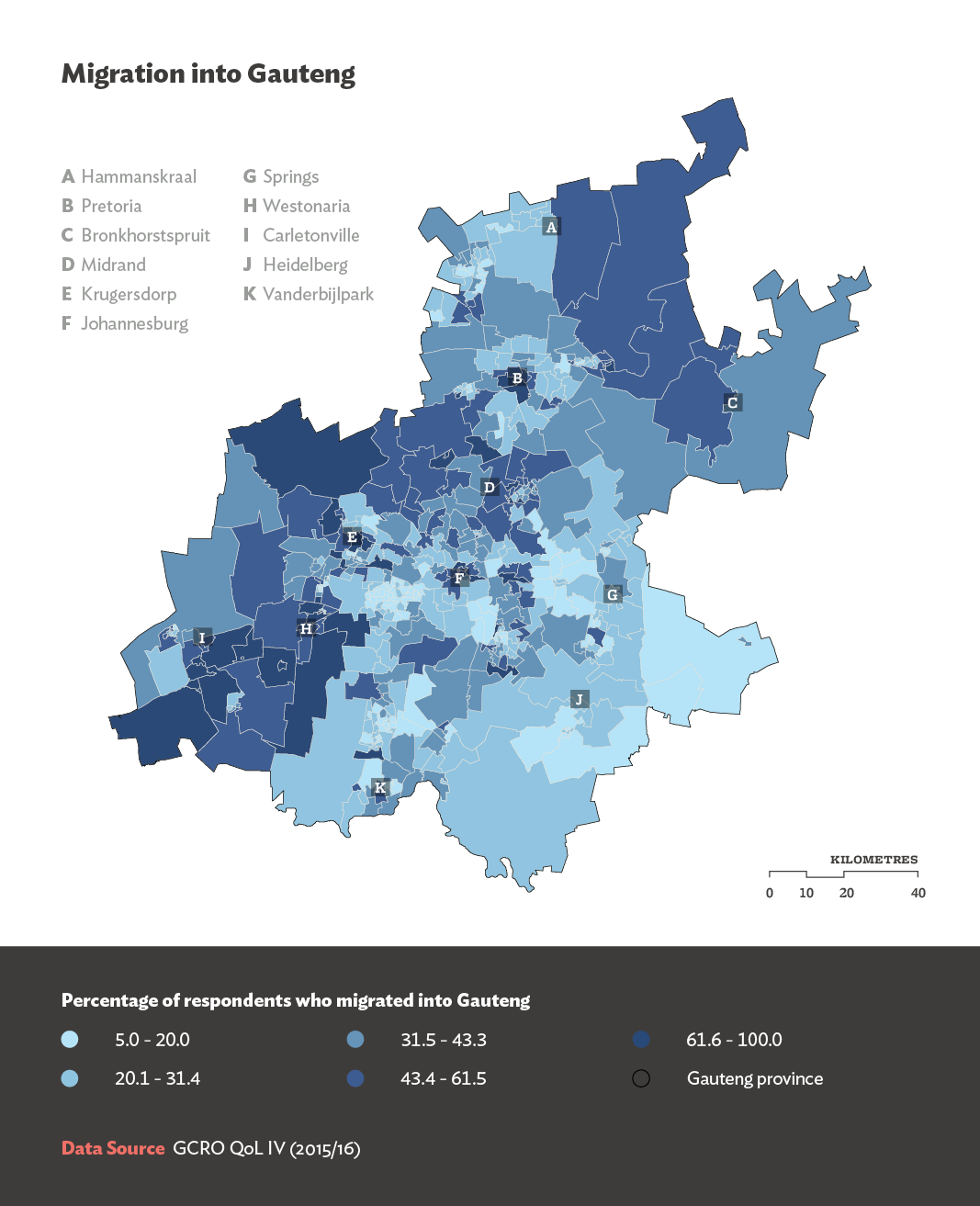 Figure 4: Percentage of respondents in each ward who had migrated into Gauteng

Many explanations for this set of results are possible: migrants who have established themselves in Gauteng for a number of years might be more likely to support influx control; Gauteng-born residents who live in close proximity to larger concentrations of migrants might have developed more inclusive attitudes; residents (migrants or Gauteng-born) who live in marginalised areas or conditions might want to keep other migrants from settling in Gauteng in order to improve their access to limited resources; and wealthy respondents and those who’s level of education give them a higher value in the labour market might not be concerned about migrants as competition for economic opportunities and therefore hold more liberal attitudes.