The Reconstruction and Development Programme (RDP) included a post-apartheid housing initiative to provide decent housing for those it denied under apartheid, and who met appropriate criteria to measure eligibility. However, the post-apartheid governments across the country faced high expectations, shared a desire to move at speed, but also faced challenges in terms of accessing green-field sites where housing could be built. The critique of ‘RDP housing’, as it has come to be known, is that it has the perverse outcome of re-creating apartheid spatial geography, by locating poor RDP house-owners in sites far from economic activity. This map of the month shows the distance from public housing programmes for which data were available (Gauteng Department of Human Settlements, July 2008) to the nearest major economic centres (Boksburg, Johannesburg, Sandton, Midrand, Pretoria, Centurion and Vereeniging). An ArcGIS “Near” proximity tool was used to calculate the distance from an RDP housing centre to the nearest major economic centre. A 3D visualisation was designed with a higher extrusion of a housing polygon on the map, indicating the further away it is from a major economic centre. The mean distance to each of the seven major business centres were calculated to test quite how true the critique was in concrete terms. People living in RDP or public housing programmes near Midrand had the shortest mean distance of 7.8 km to travel, followed by Centurion with 13.7 km and Boksburg with 14.6 km. People living on the outskirts of Pretoria and Johannesburg had the furthest distance of 25.7 km and 20.3 km to travel. Considering the importance of these two sites to the provincial economy, this is indeed problematic. Residents in housing programmes located near Sandton and Vereeniging, had an average distance of 17.3 km to their nearest major economic centre.

Note: the data is dated July 2008 and excludes parts of Gauteng such as Merafong. 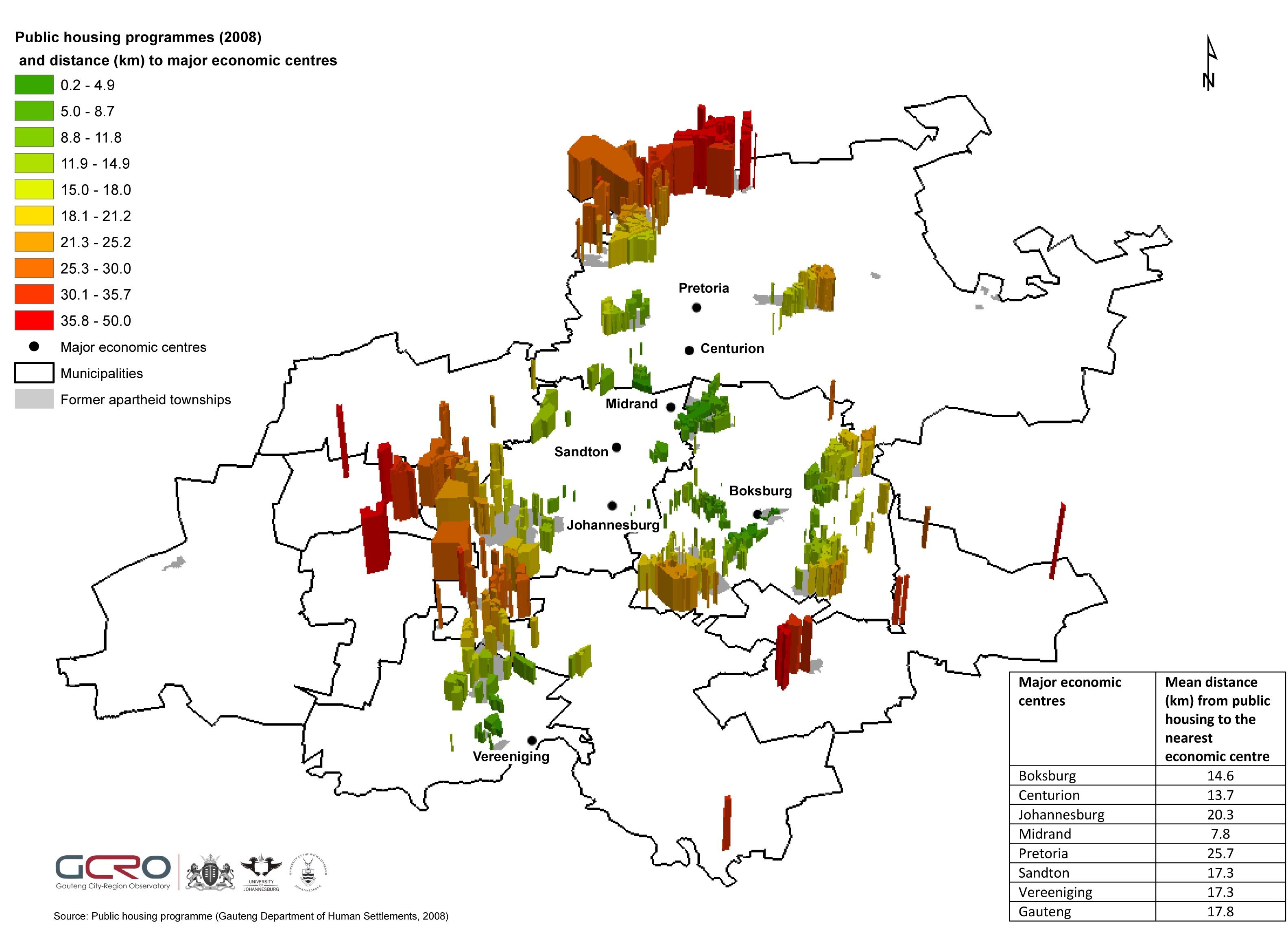