The May map of the month depicts population density in Gauteng per 1 km2 square grid. Data was derived from the Lightstone 2010 DemProKey X dataset which has a 2010 population estimate of 11,1 million for Gauteng. The enumerator level population data was proportionally split and assigned to a randomly generated 1 sq km grid. The highest density of 64 823 people per km2 occurs in the Johannesburg CBD area, followed by Alexandra (42 300). 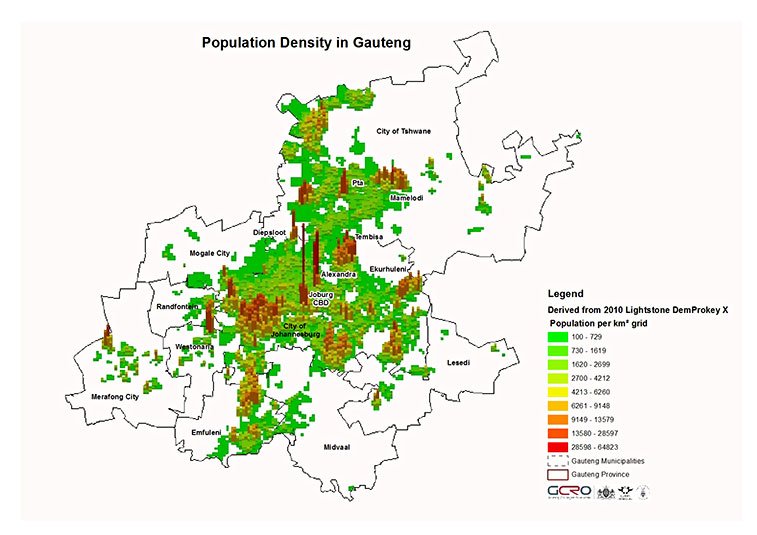