While scientific studies related to the environmental and social impacts of mine waste have been conducted from as early as the 1970s, knowledge about the perception of mines and the economy and the perceived threat of mine waste on society remains scarce. This Map of the Month presents some of the findings of the Gauteng City-Region Observatory’s Quality of Life III (2013) survey, which interviewed 27 490 respondents across Gauteng’s 508 wards. 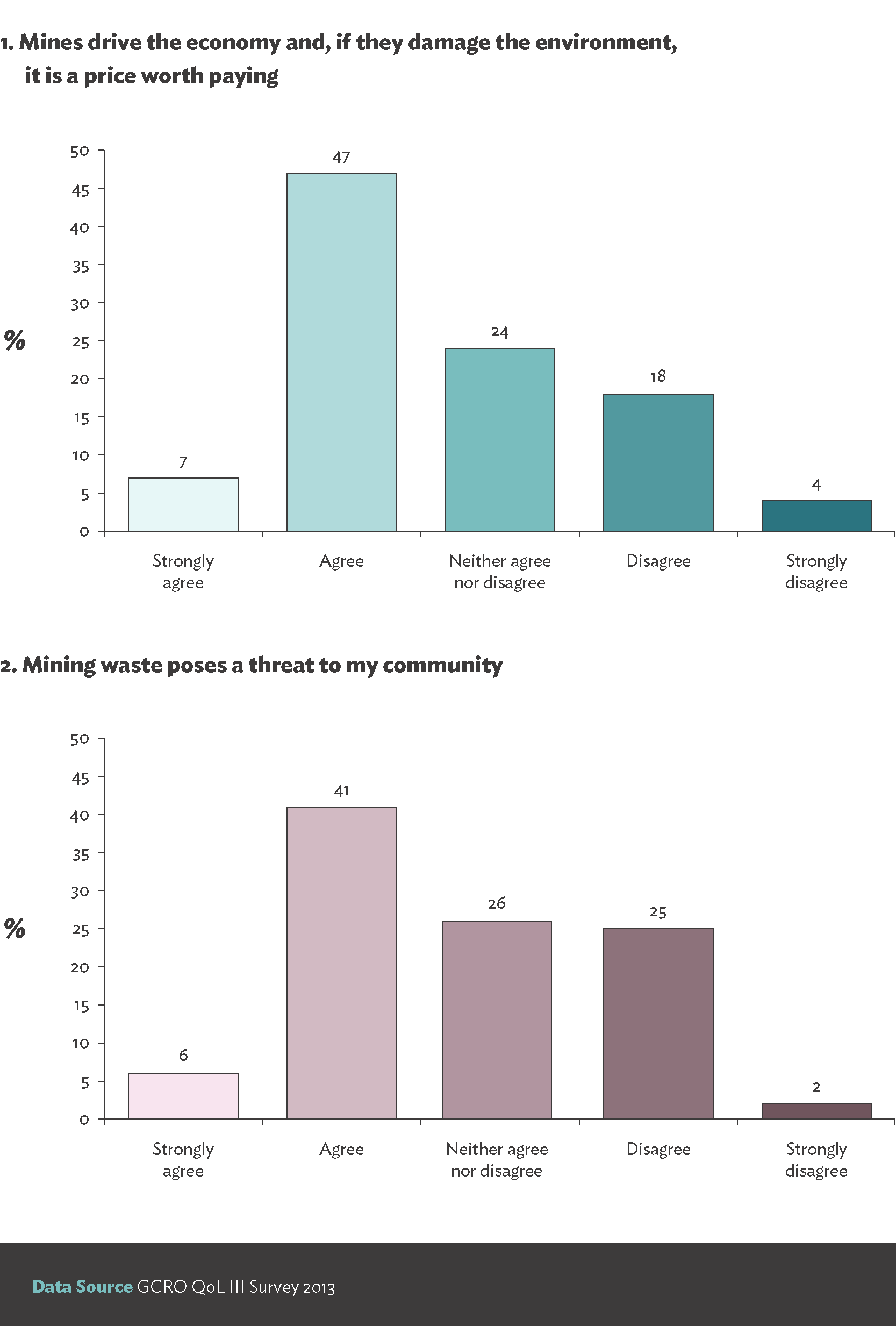 In the survey respondents were asked whether or not they agreed with the statement ‘mines drive the economy and, if they damage the environment, it is a price worth paying’. The results show that 54% of all respondents in Gauteng answered that they agree or strongly agree. Only 22% of respondents disagreed or strongly disagreed. 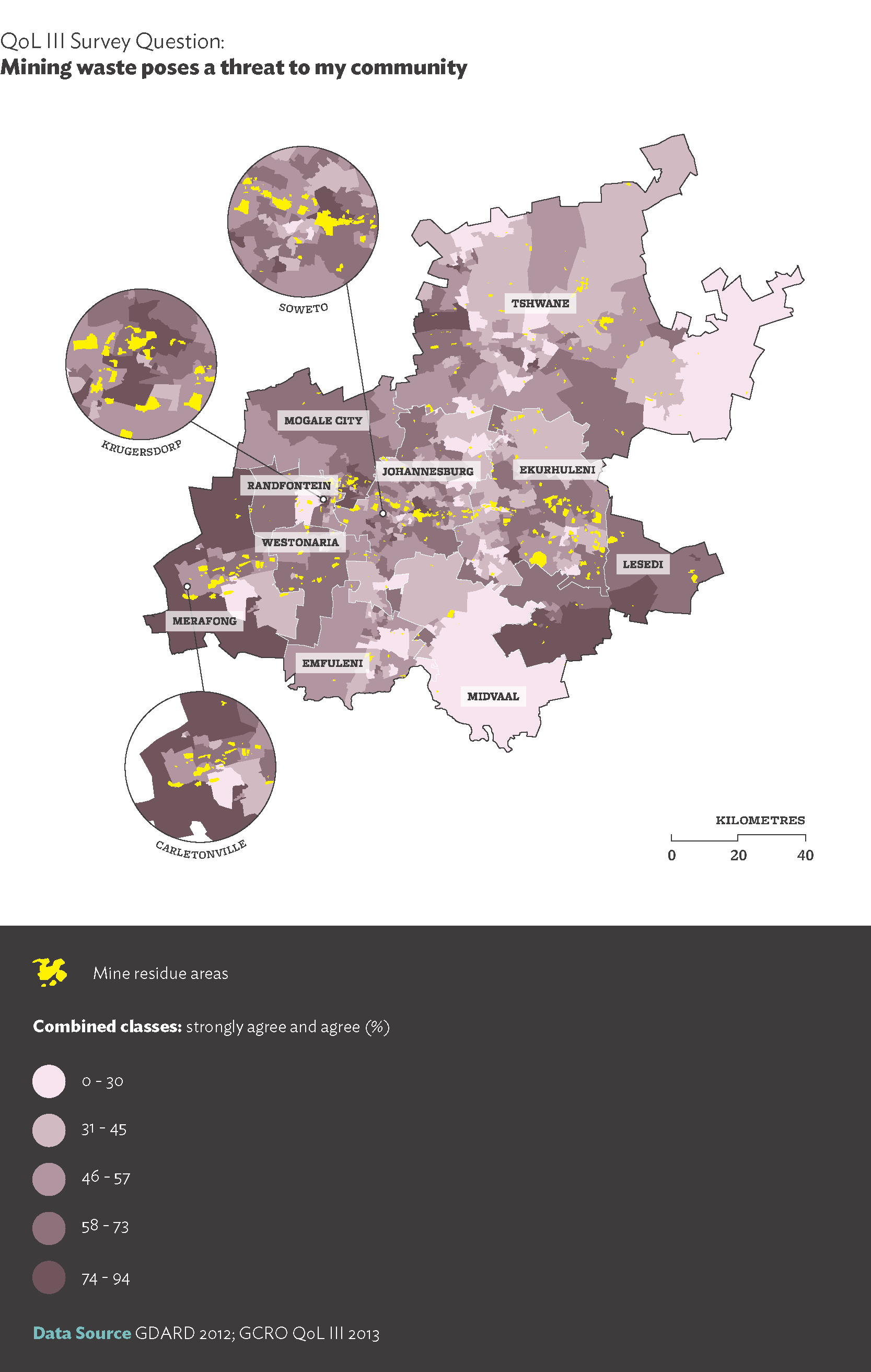 Gold mining areas are located close to higher residential densities because urban settlement historically developed around gold mines. Other existing and planned mining areas located close to residential communities are also seen as a threat. For example, new coal mining activity planned near Heidelberg in Lesedi has been perceived to threaten the livelihoods associated with agriculture in the area. Similarly residents of western Tshwane see platinum, vanadium and ferrochrome mines in North West Province on the border of Tshwane as a threat to their communities.

A large proportion of Gauteng’s population live beside abandoned mining waste. As demonstrated in the map below, this is most noticeable in Johannesburg, particularly in the south, and on the West Rand (straddling the Johannesburg–Randfontein boundary) where high population densities – above 6 261 people per km2 – exist beside mining waste. 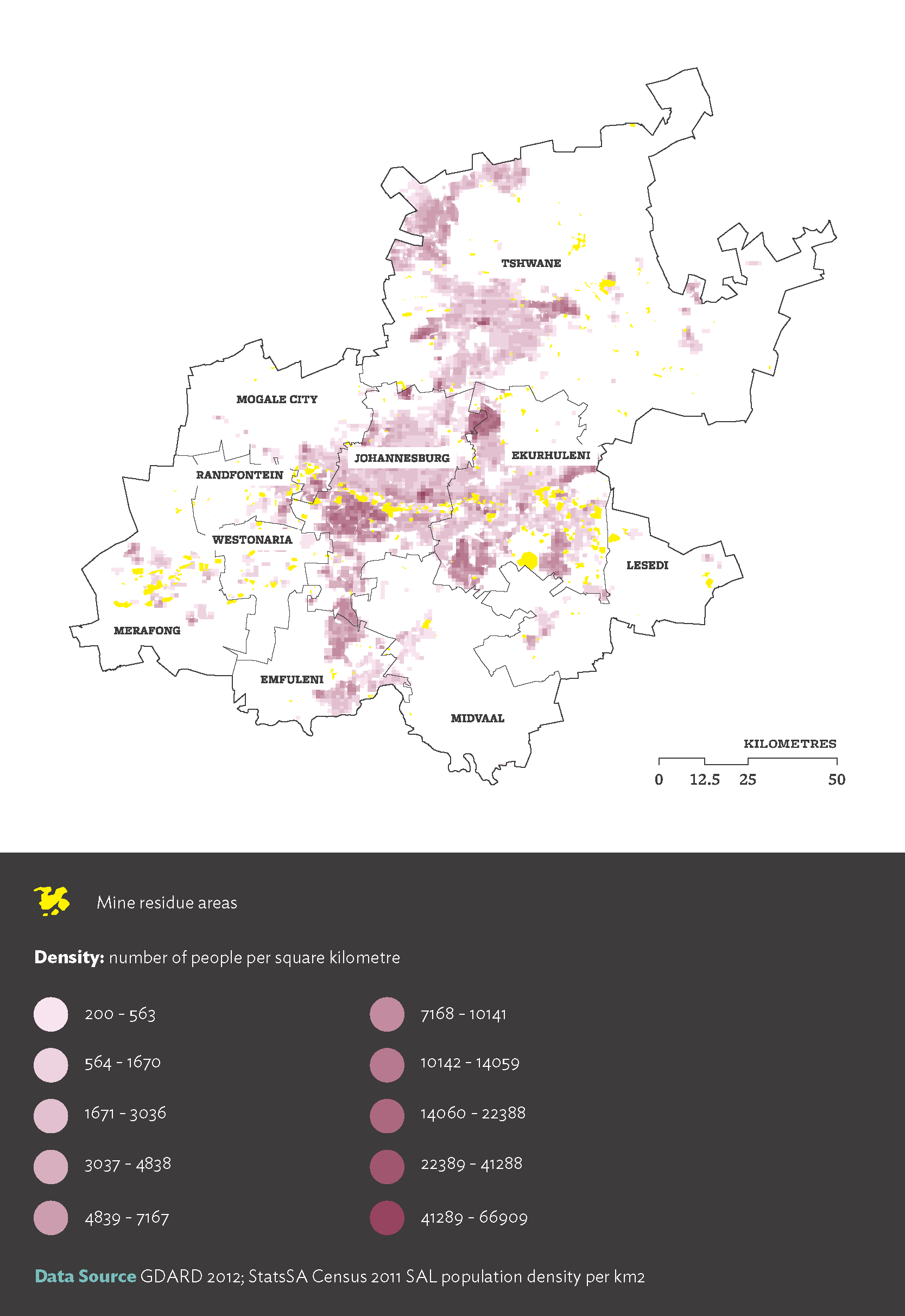 This research indicates that mining areas are perceived by their neighbouring communities to create environments that adversely affect their lives. Many residents in the region are unaffected by mining and its waste, and view its consequences as a ‘price worth paying’. However there are also many communities adjacent to the waste landscape and mining activity (often communities with lower incomes) who are severely burdened by it.