Included in the many attitudinal questions in GCRO's 2015/16 Quality of Life IV survey were three questions which attempted to ascertain the acceptability of three different forms of violence. Respondents were asked ‘Is it ever acceptable for a man to beat or hit his partner?’ Two percent of the respondents said that it was acceptable to do so. While this may seem like a small percentage, it nevertheless translates into approximately 190 000 adults in Gauteng (based on Census 2011 population figures).

Respondents were also asked whether or not they agreed with the statement ‘it is OK to physically attack foreigners to make them leave’. 3.6% of South African-born respondents (representing 300 000 adults) said that they agreed. (See March 2017 Map of the month.) 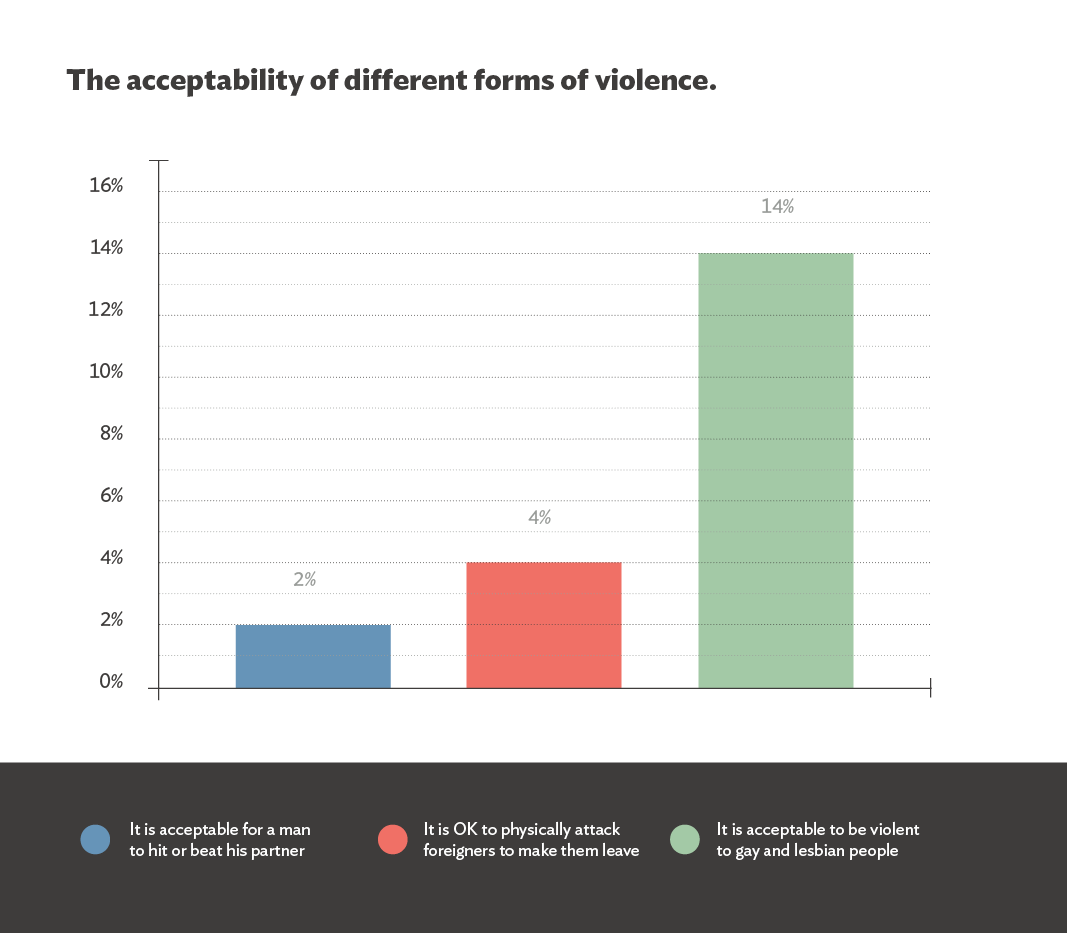 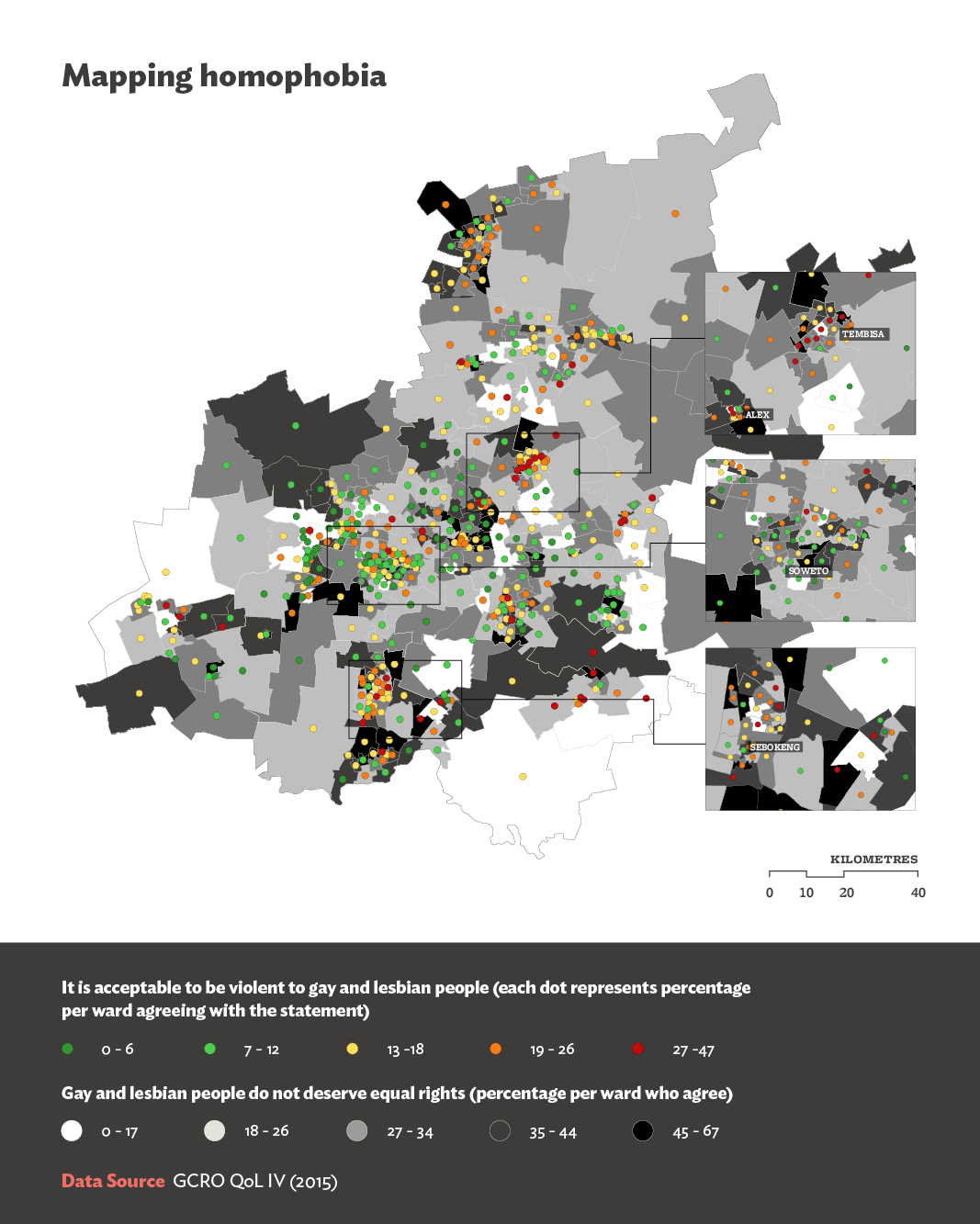