Through a systematic data collection effort over several months in late 2011 and early 2012, GCRO has collected all the available digital spatial data on flood-plains and flood hotspots in Gauteng. This is significant in that this data has historically been collected separately by municipalities, and never before been collated and combined to give an integrated Gauteng overview. This map of the month presents the regional topography of the Gauteng City-Region, with the hydrology of Gauteng highlighted. The hydrological features include wetlands, perennial and non-perennial rivers and wetlands, with the delineated flood-plains and flood hotspots in the province shown in orange. Unfortunately there is no flood-plain data for the previous Metsweding area, or Sedibeng, and the only data for the West Rand are key flood risk sites and areas shown as orange dots. 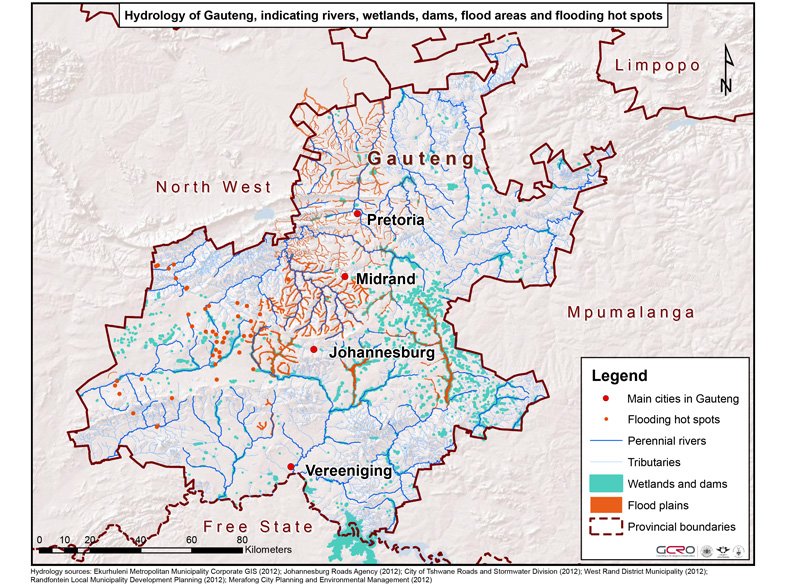