Urban land cover / land use change across Gauteng is beautifully portrayed in this month’s map of the month. The land cover/use layers are based on an interpretation of Landsat TM and ETM+ satellite imagery from 1991 and 2009, undertaken as part of Brian Mubiwa’s PhD research at the University of Johannesburg. Urban growth and suburban sprawl are clearly evident with the percentage of urban (built-up) land cover in Gauteng increasing from 12.6% in 1991 to 18.4% in 2009. Most of the development can be attributed to the massive RDP housing projects and growth of informal settlements on the outskirts of the cities. Johannesburg is the most urbanised municipality with 58% of its total municipal area built up in 2009, followed by Ekurhuleni and Tshwane with 44% and 39% respectively.

For a complete historical review of the evolution of urban spatial development from the 1890s through to the late 1980s, and more detailed statistics and maps describing the 1991 to 2009 growth, please refer to the GCRO Occasional paper: Historical spatial change in the Gauteng City-Region. 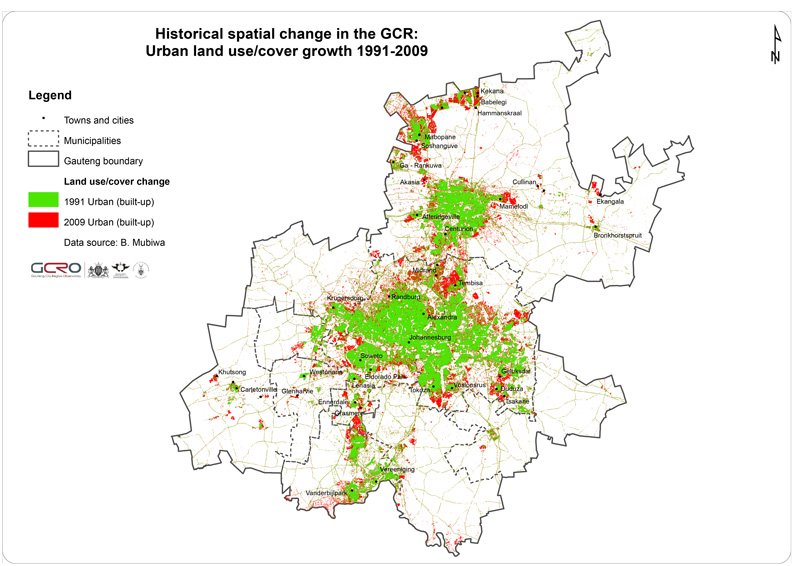