New economic activity in the central urban spine of Gauteng is reflected in this month’s map of the month. The growth in new industrial and commercial buildings was derived from the GeoTerraImage growth indicator dataset, which contains a point per building, with its associated land use. The buildings with an industrial or commercial land use that were present in the 2009 but not in the 2001 database, were extracted and mapped as a dot density “heat” map to reflect the density of new industrial and commercial growth from 2001 to 2009. Please note: this map was generated using two different versions of 2001 and 2009 data (which used slighly different capture methodologies) and only provides an estimation of industrial and commercial growth. Note: please refer to the updated map of growth - Dec 2013's map of the month. 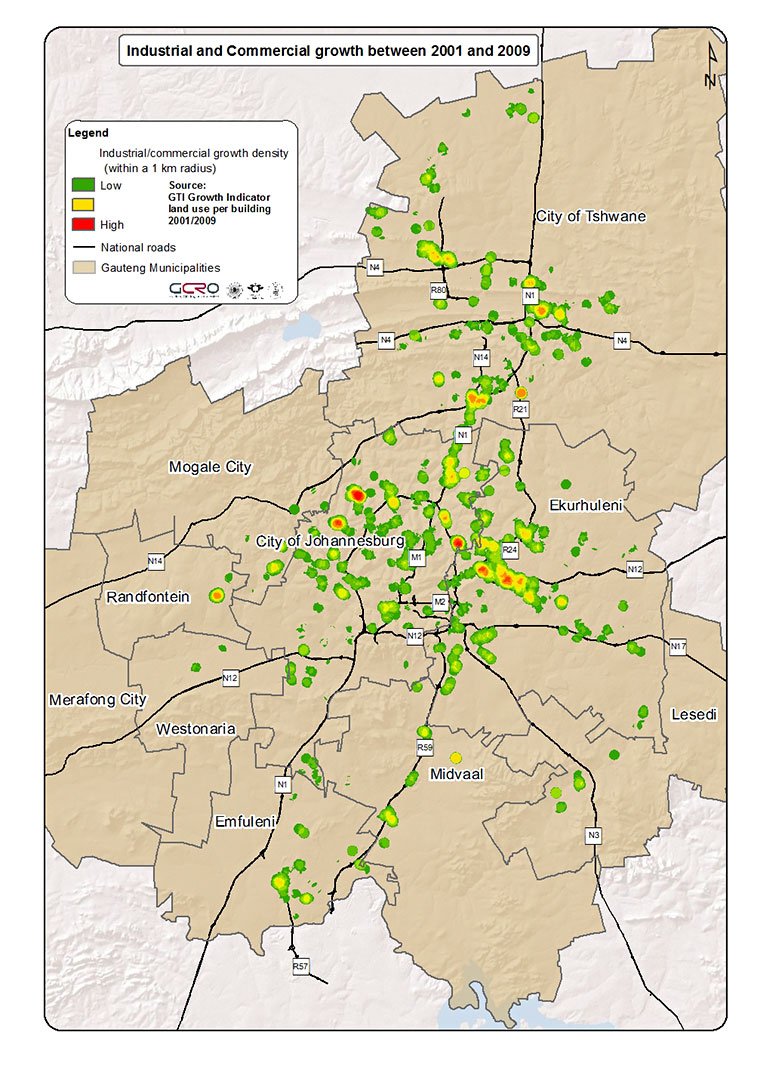