Population density across the GCR is mapped using the Census 2001 small area layer (SAL) from StatsSA using dot density symbology, where 1 dot represents 100 people. A 100km and 175 km radius is also displayed to indicate the Census 2001 population of approximately 10 million and 13 million, within 100km and 175 kms of the Joburg CBD respectively. 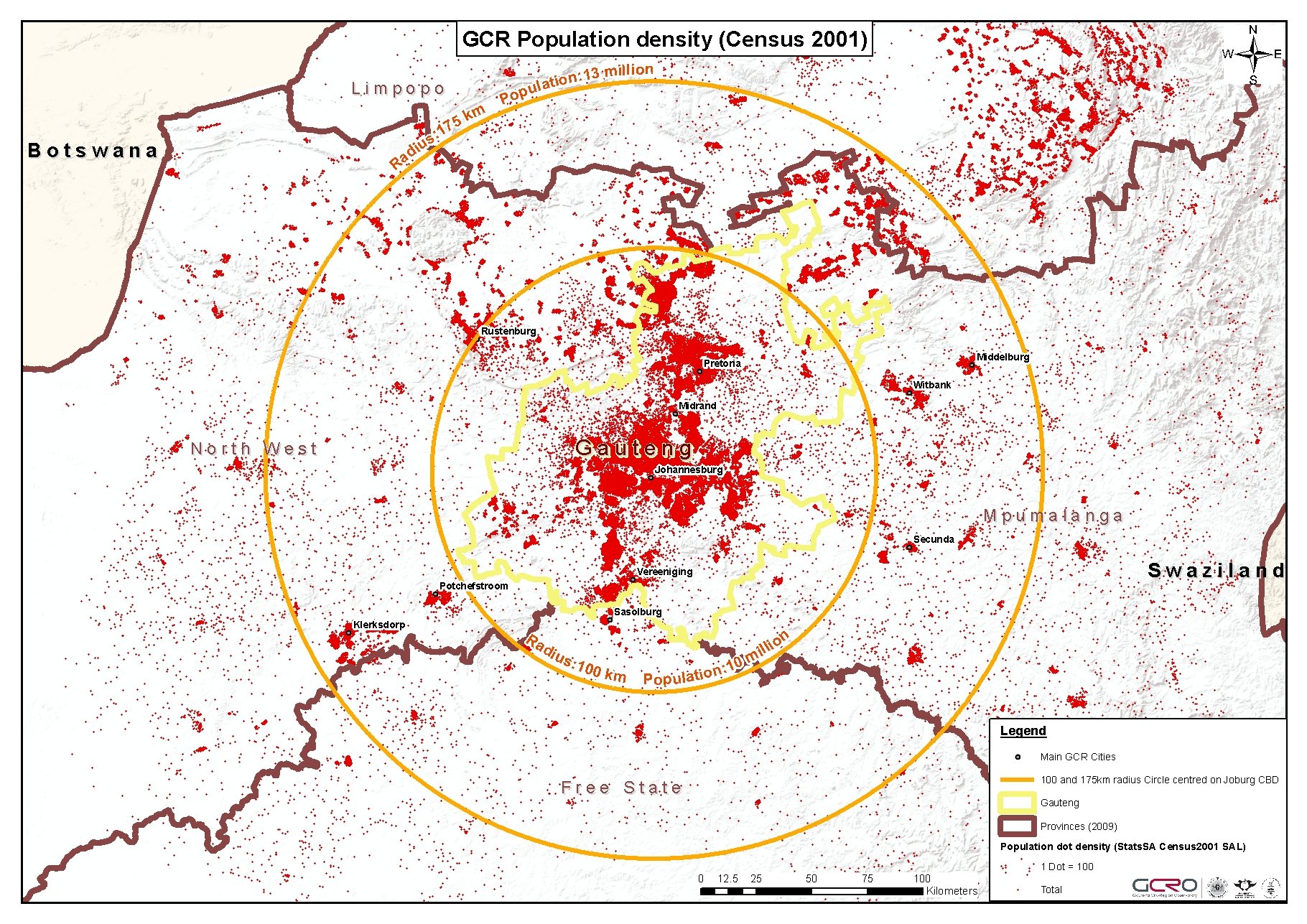