The emergence of privately governed space in Gauteng has increased since the early 1990s and has fragmented the urban form through the transformation of space from open to controlled access. This month’s map depicts the development of privately governed space in Gauteng, which includes gated communities, office parks, boomed-off areas and estates. This form of development has created a series of fragmented cells scattered across the Gauteng landscape, but located mainly in the Johannesburg, Tshwane and Ekurhuleni Metropolitan municipalities. This cellular structure limits the accessibility, movement and integration of individuals in these areas. The cells are also observed to coincide with areas of low building density.

This map was created using Eskom spot building count (2010) and AfriGIS gated communities (2012) data. The Eskom spot building count (2010) data was used to create a point density heat map in order to illustrate the density of buildings within a 500m2 radius. The emergence of privately governed public space, represented by the series of scattered hollow cells across Gauteng, was represented by overlaying the AfriGIS gated communities (2012) data onto the point density heat map. 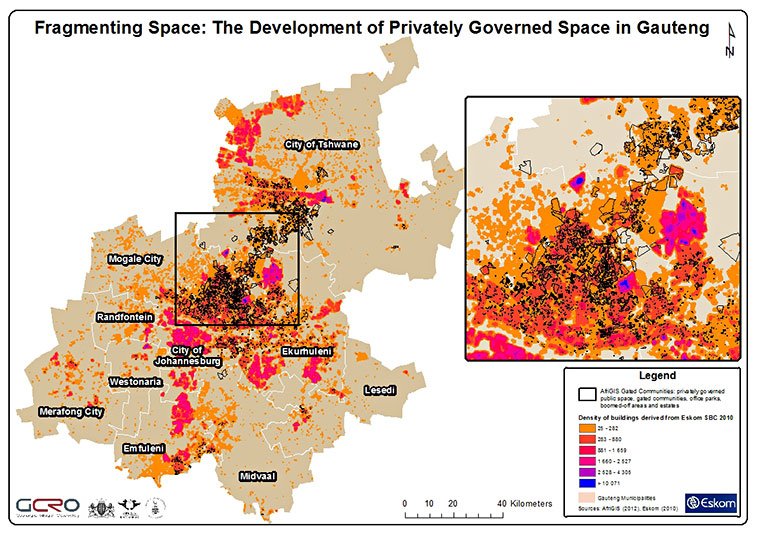