These maps show the process used to identify the core and peripheral areas of Gauteng for a study of peripheries in the province. The study used economic, demographic and land use indicators to create three indexes of core and periphery. The indicators for each index were used to create a final index and then a map of core and peripherality in the Gauteng Province. The indicators were derived from GVA values for CSIR GAP mesozones, Lightstone DemProKey X (2010) for population estimates, Afrigis Bizcount (2010) for data on the number of businesses, and GeoTerraImage (GTI) 2.5M (2010) land cover data. CSIR mesozones were used to map the data. Core areas are expected to be urban with lower levels of primary sector economic GVA and peripheral areas to have higher levels of primary sector activity and lower levels of urban land use. 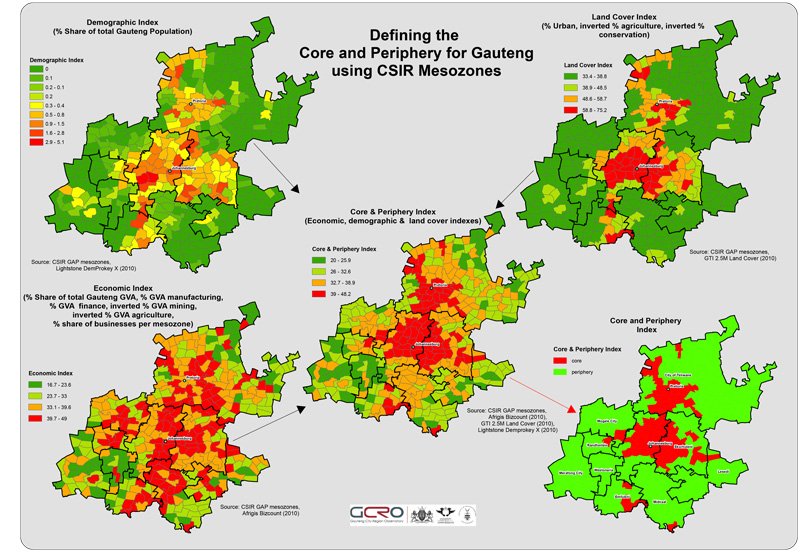