Quality of Life (QoL) surveys, conducted by the GCRO biennially since 2009, reveal an increase in the levels of satisfaction with government-provided services. Specifically the surveys show rising satisfaction between 2011 and 2013 with government provided dwelling, water, sanitation, waste, energy, street lighting, roads, stormwater, municipal billing, cost of municipal services, libraries, public health services, education, and public safety and security. However, at the same time, QoL survey results suggest a steady increase in the levels of dissatisfaction with local government performance.

To understand this disjuncture the GCRO embarked on a spatial statistical analysis of the 2013 QoL survey data. The analysis addressed the following two questions:

To determine whether dissatisfaction with local government might cluster in specific areas, we performed a statistical and spatial test known as spatial dependence. This highlights where similar dissatisfaction levels are clustered together spatially. The diagram below demonstrates how the clustering works, with blocks representing wards. It should be read together with map 1. 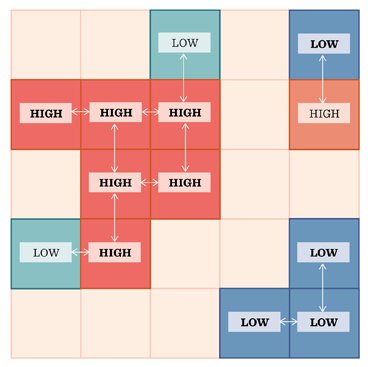 Map 1 (below) illustrates spatial clustering in the level of dissatisfaction with the performance of local government on four dimensions of clustering. 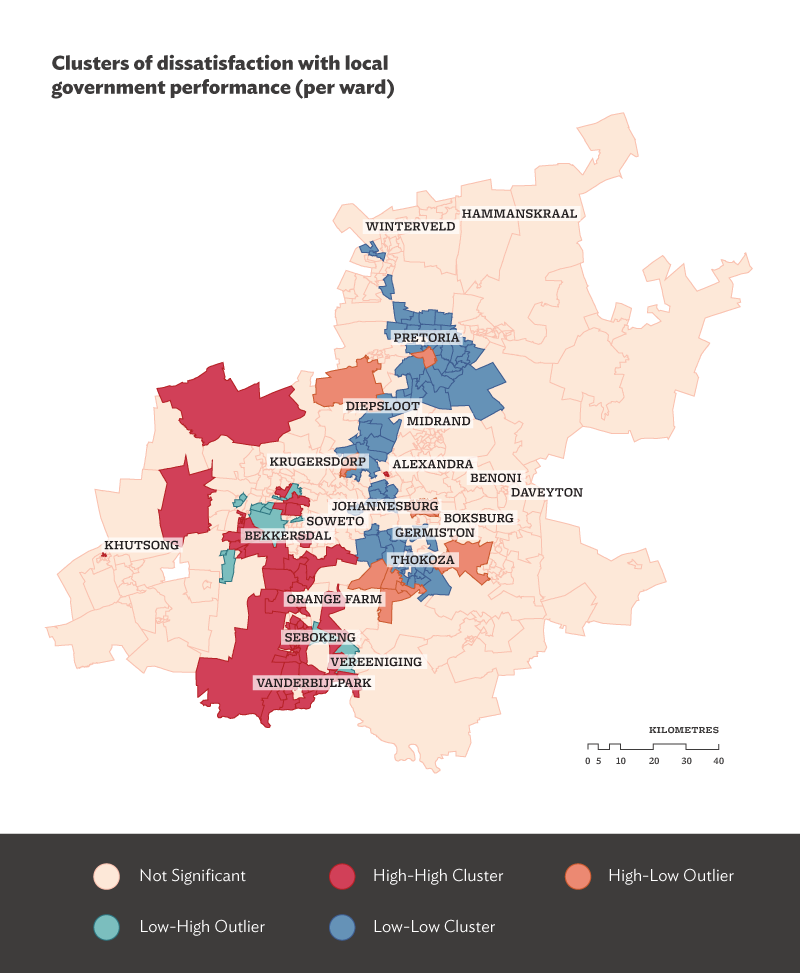 The second part of our analysis focused on what factors may spatially explain the concentration of high levels of dissatisfaction in particular parts of the province. The analysis used a technique known as spatial error modeling (SER). A number of key explanatory variables emerged as significant, including dissatisfaction with dwelling, perceptions of a lack of safety, concerns with maintenance, and the belief that politics is a waste of time. 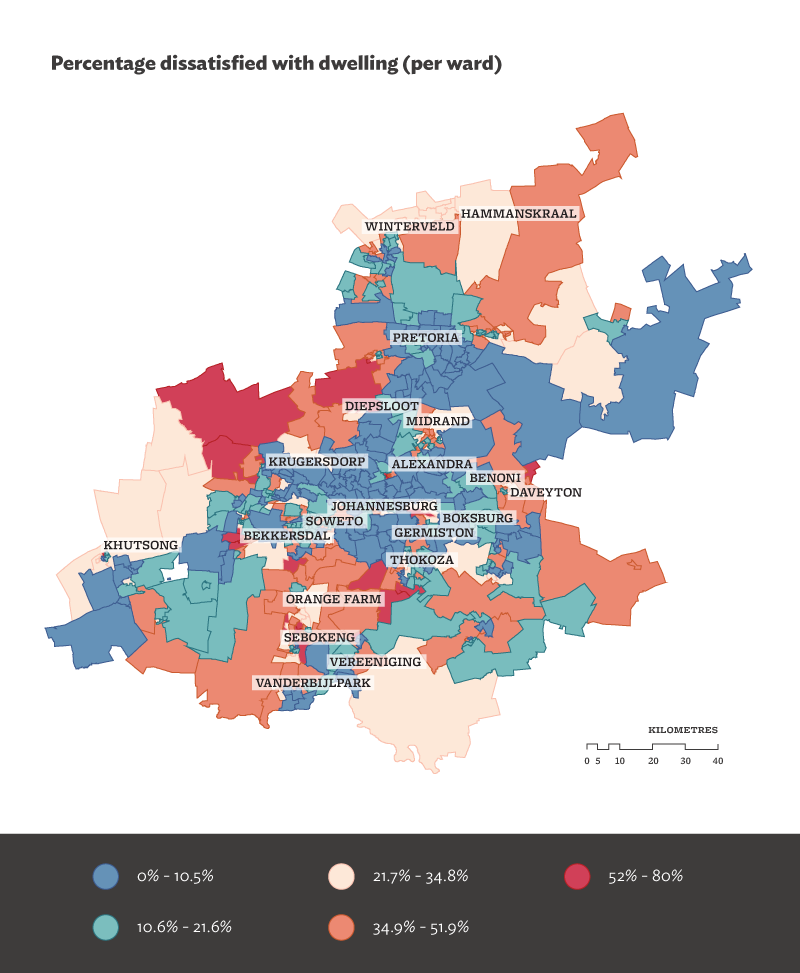 Overall, results from this spatial statistical analysis suggest that local government needs to focus on issues of housing, safety and maintenance, as addressing these concerns may lead to increased levels of satisfaction in the identified areas.

A more detailed exposition of the analysis and results can be found in the paper: “Spatial statistical analysis of dissatisfaction with the performance of local government in the Gauteng City-Region, South Africa” published in the special issue of the South African Journal of Geomatics, Vol. 4, No. 3, August 2015. The paper won “the best-peer reviewed paper presented at GI 2015” Award at the Geomatics Indaba conference held at Emperor Palace, Kempton Park (South Africa).