Both built infrastructure (roads, storm water infrastructure etc.) and green infrastructure networks (open spaces, parks, forests etc.) are important for a city-region such as the GCR and it is necessary to upgrade and expand these networks to support a growing population. The combination of green (nature) and grey (built infrastructure) networks enriches the lives of people and communities and makes for a smart city that is sustainable over the long term. Although urban areas account for only 15% of area of Gauteng (GeoTerraImage (GTI) 2009 10m land cover), it only represents built up areas larger than 10m2 and therefore does not present the full extent of urban influence on the natural landscape. As part of the sustainability work undertaken by the GCRO, the green networks of the GCR have been qualified and valued through the crafting of a State of Green Infrastructure Report, to be published in July 2013. This report investigates the interface between green and grey networks in the city-region including the way these networks are managed and valued within the public domain as well as by communities and the private sector. 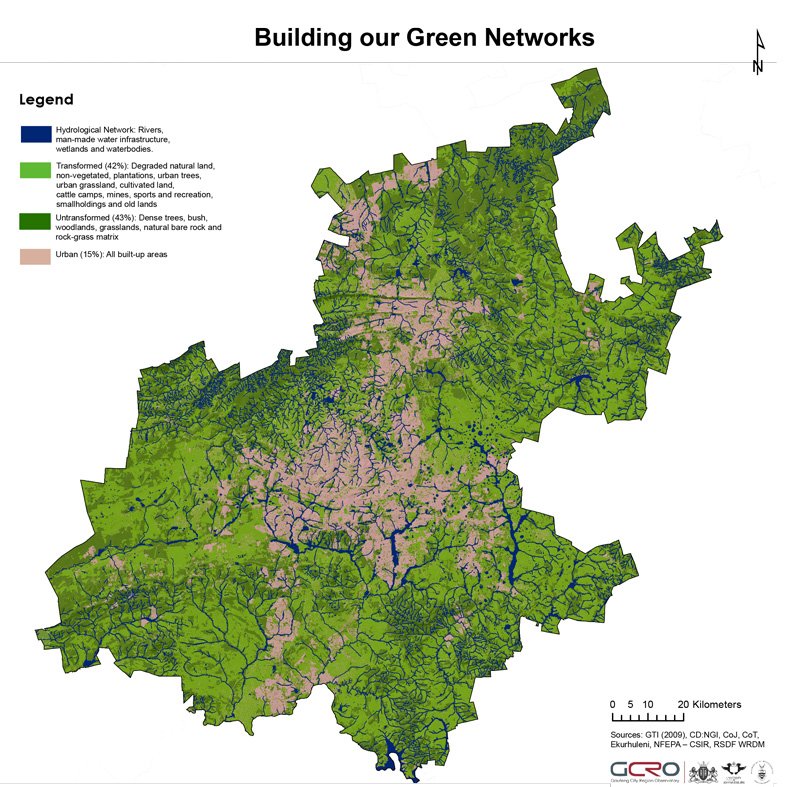