A comparison of the 2006 and latest 2011 municipal boundaries within Gauteng. The amalgamation of Metsweding District Council (consisting of Nokeng tsa Taemane and Kungwini local municipalities) with City of Tshwane is clearly visible – Tshwane now covers a massive 35% of the province, with a population of 2 597 428, according to Lightstone DemprokeyX 2010 population estimates. City of Johannesburg has the largest population in Gauteng, 3 785 074, followed by Ekurhuleni with a population of 2 932 431. Another major boundary change was the incorporation of the West Rand District Management Area (Cradle of Humankind world heritage site) into Mogale City. 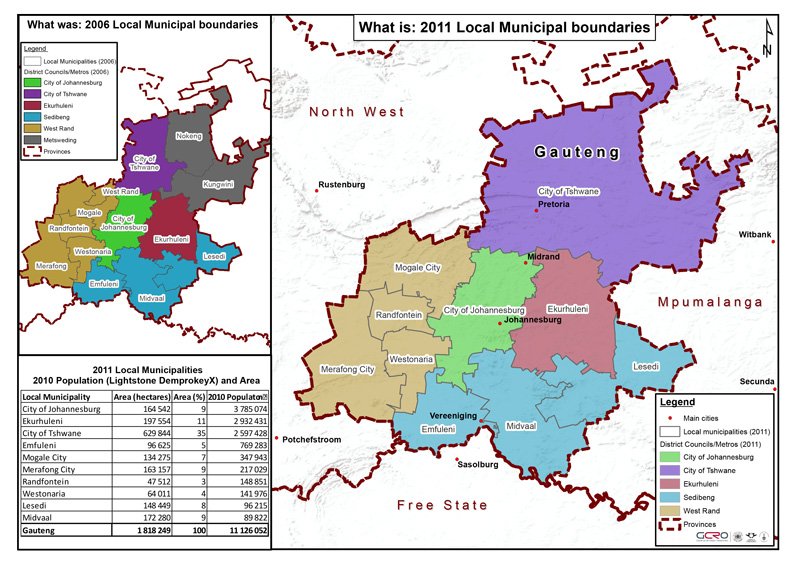