At the launch of the Istanbul Vision 2050 on 5 July 2022, Mayor Ekrem İmamoğlu mentioned a host of city-regions that were studied during the process of its formulation. These included London, Barcelona, New York, Paris, Beijing, Sao Paulo and Johannesburg. 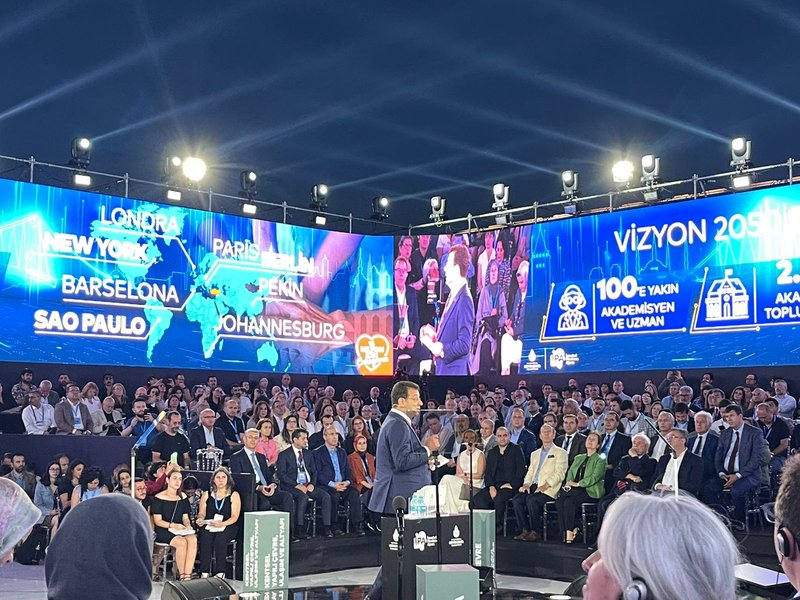 Johannesburg was mentioned alongside several “world cities” due to the work of the Istanbul Planning Agency (IPA), which was tasked by Mayor İmamoğlu to develop Vision 2050. Staff of the IPA engaged the Executive Director of the GCRO, Rashid Seedat, in a workshop and conference on the experience of Gauteng and Johannesburg in the development of their long term plans. Mr Seedat was then invited to attend the recent launch and participate in a panel discussion.

Istanbul in Turkey is the only city that sits on two continents: it straddles Europe and Asia, divided by the strategically important Bosporus that serves as a gateway from the Black Sea to the Mediterranean. It consists of a city-region with a population of some 16 million and is the economic engine of the republic.

The mayor stated that Istanbul Vision 2050 seeks to address the challenges and potential posed by governance and democracy; economy and development; ecology and environment; urban built environment and transportation; and social welfare and justice. Through an intensive process of data-driven evidence, dialogues and public consultation Vision 2050 document sets out a roadmap underpinned by seven themes:

“I have been involved in several long term plans for Johannesburg and Gauteng and I was impressed by Istanbul’s extensive research and their inclusive and participatory process. It is a well-balanced plan that encompasses the social, economic, environmental and governance dimensions of the Istanbul city-region. It was refreshing to see strong advocacy of democracy and human rights,” said Mr Seedat.
The launch and associated events such as panel discussions, workshops and exhibitions were held on the one hundred thousand square metre campus of the IPA, which was formerly a beautifully manicured housing estate for Istanbul mayors in the Florya Ataturk Forest. The gated estate was previously not accessible to non-inhabitants. Upon Mayor Imamoglu’s election in 2019, the area was repurposed as offices of the IPA as a kind of intellectual centre for urban planning. The coup de grace was the transformation of the indoor swimming pool into an auditorium that seat about one hundred people.

One key event was a panel discussion on “experiences of cities from the Global North and the Global South” on long term planning. These included presentations by a representative of the Paris Region Agency on work being done of the Paris Regional Master Plan to be released in 2024 that focuses strongly on emissions, resilience and inclusiveness. Similarly, the work underway on the Strategic Plan for Metropolitan Barcelona was presented. A representative of the Jakarta Development Planning Agency spoke to the challenges of the “progress paradox”, where economic growth also yielded urban poverty and unmet basic needs. Mr Seedat spoke to the mechanisms and challenges of implementation of the Gauteng Provincial Government’s Growing Gauteng Together 2030.